How fast things can change in an instant. Friday morning, as I prepared to walk to the office, I received a text from my high school friend sending her condolences and concern about the massive earthquake in Japan. Working nights and having to usher the kids out in the morning, I hadn't had the chance to flick on the TV let alone yank up the internet to see what she was talking about.
Then I opened Google News.


I paled.
I was speechless.
I felt nauseated. I work in a private Japanese boarding school in New York. I lived in western Japan for five years, and the Tokyo for six months. My number of Japanese friends and colleagues matches that of my American and Western colleagues around the world. Since I was 14, Japan has been some part of my life personally, academically, socially, and professionally. Thankfully, all the people I know and love in Japan are safe and accounted for, as well as the friends and families of my students and colleagues.

On Sunday, April 8, I will participate in the Japan Run @ Central Park. I was excited about dressing up and running with those who support the Japanese community in New York, but now it has a completely new meaning. I will wear my DC Cherry Blossom shirt, and I will wear my Japanese Earthquake Relief Band by Lady Gaga, but I feel like I need to do something more. Our school is planning to coordinate fund raising for the Japan relief effort, hopefully through our local Red Cross. Still, I feel it isn't enough. My years in Japan are some of the best in my life, and though I am removed from the siuation by distance, I feel compelled to do something more. What can I do though? For now, if you have the money available, please make a donation to the Japan Earthquake and Pacific Tsunami Relief Fund through the American Red Cross. (At this time, the Japan Red Cross website is overloaded, and I cannot access it!) 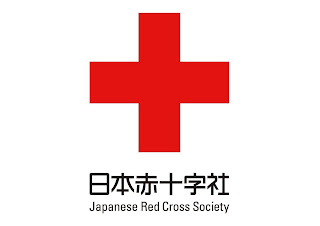 ﻿﻿Looking at the Japan Day event page, there has not been any update with regard to the earthquake and tsunami. The event itself is relies on donations to help support it, so I hope that they will provide the event to the public. In this time of great need, I feel the public needs these sort of events to help raise awareness not only about the devastation in Japan, but to share something special with the local Japanese population. Ideas can be exchanged, conversations can be had, and maybe-- just maybe-- some people's day could be made a little brighter by the support of the local community. Being this far away from home is never easy, moreso when an event like this occurs.

I want to make something for the back of my shirt. The "Pray for Japan" motif is becoming very popular, but I would prefer to be different. Run for Japan? Run for Sendai? Run for Relief? I don't feel the need to personally fund raise, as I would prefer anyone interested in giving their money to do so directly through the Red Cross. The Japan Run is supposed to be a fun and light affair, but I can't help but feel the aftermath will weigh heavily upon it even in the beautiful New York springtime. I may not be the fastest runner on the four mile course that day, but I want to make a statement without looking ridiculous.

UPDATE: Yesterday, I had the opportunity to help my school's student government coordinate their statement of student initiatives and volunteer action plan, as well as assist in contacting the American Red Cross Westchester. Our school has set up a disaster relief fund. Please pass it on! <3
Posted by Kahrenheit at 3/14/2011 10:50:00 AM