Happy National Running Day! Still relatively new to running, I didn't know such an event existed until I added NYRR to my FB feed. Call me a geek. It's okay. I am perfectly comfortable with that label. It was founded in 2009, so this is the third running, and from what I can tell, it is expanding every year. This year's theme is "I RUN... (fill in the blank)." My 2011 NRD Theme:


"I RUN to achieve FOXINESS MAXIMUS!" 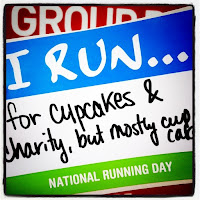 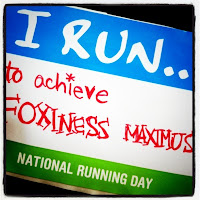 Since I started running, I've lost 35 pounds (and I feel great), but those last fifteen to twenty pounds just don't seem to want to leave me. My goal was to hit 130 by June, but alas, it is June first, and I am still hovering in the upper 140s. With a full menu of summer running (and traveling), I need to make sure I am adequately training, eating healthy, and making smart choices about my 'cheat foods'. My NRD shirt arrived in the mail, and all that is left is the inking of my theme (I'm such a slacker!) 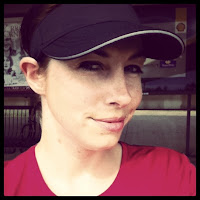 In honor of this glorious occasion, I took the night off and I headed to NYC for a run in Central Park (and happy hour afterwards) with the NYRR Young Professional Committee. Run from 6:30PM (3 or 5 miles) and Fun afterwards at The Gin Mill on the Upper West Side (442 Amsterdam Ave; til 9:30PM). I have been on the hunt for runners in my local area and in the City, so I feel this was a great social and professional networking opportunity. Additionally, the YPC does volunteer work with kids in the community, so that opportunity to give something back may very well crop up from running.
I started out in group #2: 3.5 Miles (one and a half loops of the reservoir), but due to my lack of training and forgetting that even at 6PM in the summer heat and humidity are a beast, I cut it short after the first loop. I met some great folks before and after the run, and later over drinks. Cramming a bunch of sweaty runners into a basement lounge without proper ventilation is a curious thing. Everyone was sweaty and gross, but every just enjoyed their beers, conversation, and the raffle (didn't win anything). I hope to chase up some of the people I chatted with, including the two awesome ladies I had dinner with afterward. 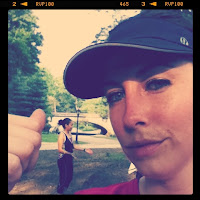 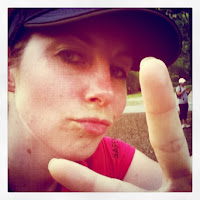 Before (Left): Getting ready to make a loop of the Central Park Reservior.
After (Right): Heat and Humidity had me beat.

[Charity Work]
The charity which will benefit from NRD is Shoes That Fit, an organization which helps give shoes to children. Within NYC and the boros, there are several check points, and for every point visited, the NRD partners will donate $1. As this non-profit organization relies upon community donations, and no governmental funding, my goal is to visit at least three prior to the rendez vous at CP West. I was really excited about this giving money check-in system, but I was a bit disappointed about its execution.
I had cash ready to hand over for donations, but I couldn't seem to find a donation jar to drop it in. Maybe I'll just chase up their online system and make a donation that way.
Posted by Kahrenheit at 6/02/2011 02:59:00 AM