﻿﻿
[Temporarily, I swear!]
The 2012 Disney Princess Half-Marathon will be my last run of the race for the time being. In 2013, I would like to achieve runDisney's Coast-to-Coast Challenge by running the Tinkerbell Half at Disneyland, California (January) and the Wine & Dine Half at WDW, Orlando (October).

With the NYRR 3x33 Challenge open, I cannot afford to pass up on my chance to knock out all six of the Five Boro races (+ one length of Manhattan).

No sooner did I complete this year's Princess 1/2, my close gal pal from college, Meredith, asked me to run it again in 2012 in celebration of her 30th birthday. Pass up on a chance to see a near and dear long-time friends (and most likely most of my running pals) including Meghan, Susie, Lenna, Rusty & Allyson, and possibly Raquel and  Keri) at the Mouse House? Even my Mom's going to roll in and run the Royal Family 5K (and, yes, I will be jogging it with her)! Not going to happen. For a while I was kicking around the idea of dropping the P1/2 for the inaugural T1/2, but my winter half marathon schedule is too tight.

[2012 Style: Cajun Princess]
Now before people get all huffy about why I picked Tiana-- the only princess whose movie I haven't seen-- allow me to explain. I am an Orange and Blue Bleeding, fiercely loyal, Florida Gator. six years of my life belonged to The Swamp, and it's one of several places I call home. 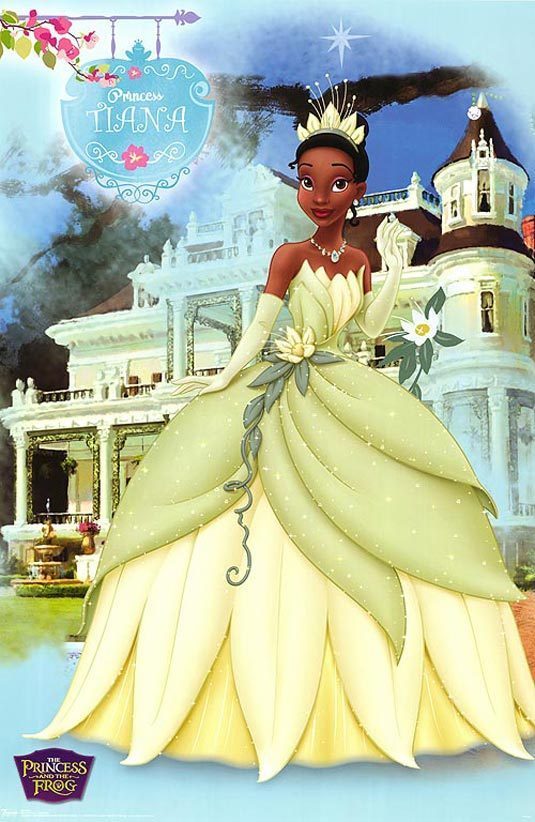 ﻿﻿﻿﻿﻿﻿﻿﻿﻿﻿Princess T hails from the swamps of New Orleans, Louisiana (unfortunately, home to rival school LSU, but we'll look past that for now). Plus, one of her friends is an alligator which I would imagine would be one who tried eating Captain Hook in Peter Pan if they were in Never Neverland.

During the Princess Half, I enjoyed some music from the film's soundtrack, very cajun spicy, totally N'awlins. I'm spicy and sassy, so why not? I also love waterlilies and lotus flowers, and one of the Chinese characters I use to write my name is "hasu" (lotus).  I am in love with this limited edition giclee print, so I made it my desktop on my Mac. At work, I'm keeping the motivation going with this adorable photo of Princess Tiana at her debut (love the smile of her and the little girl and the Jungle Queen chugging by in the background. God, I miss home).

[Belle of the Ball]
Next is the question of costuming. If this is to be my last Princess Half for some time, I am tempted to go out with a bang. Based on this year's experience, I know that I may be chilly for a grand total of ten minutes during the race (and perhaps the 40 minutes in the corrals), but that's it. Plenty of fit mamas were tricked out in full costume or running aliases. Depending on my fitness level come winter vacation (and availability of my master seamstress, better known as Mom), I could roll in with something incredible.

Looking at the layered gown, if I can master something akin to the cute ruffled skirts (bottom of page) by lululemon athletica, then I'd be happy. I just don't think I'll be able to find appropriate fabric, unless I buy some large technical shirts and go scissor happy on them. Hmm... actually, that sounds rather plausable. Conversely, I could try to try to match some technical pieces like this ARD Tank by ASICS or this Swift Zip Skirt by Athleta with crafted accessories. I'll have to keep my eyes peeled the next time I hit up a race expo (most like the ING NYC Marathon at the Javits Center in November) and raid the sale racks. The race takes place in late February, but any Floridian will tell you it's already summertime by then!

I am curious to see which Princess my pals pick and if any of them plan on dressing the part, too!